Investors flock to Section 12J, as the bell tolls on the tax incentive

Many last-minute investors kept the Section 12J sector burning the midnight oil as the 28 February tax deadline drew near, with some fund managers recording a significant increase in capital raised. Treasury’s recent announcement that the incentive will not receive an extension was clearly a catalyst for many taxpayers to make the most of the opportunity for the penultimate time.

Cape-based fund manager Anuva Investments saw keen interest in their property-backed loan option fund, developed in conjunction with Flyt Property Investment, having to extend the shares available in order to satisfy the demand. The fund, which allows investors to participate via a structured loan, is 100% subscribed and sold out of all units available at Wink Aparthotel in Cape Town’s Foreshore, all units at Eaton Square in Diep River, as well as the student accommodation units in Stellenbosch’s Quivertree.

The company’s recently-launched Blended Partnership Fund, which combined ownership in two of its hospitality property developments, reached its planned R50 million subscription cap within a matter of days following its launch, resulting in the release of a further 50 shares. The popularity of the fund can largely be attributed to the 100% loan facility that has been made available to investors and taxpayers who do not have the finance upfront.  Shares were issued at R1 million each, of which Flyt Property Investment contributed 65% on the investor’s behalf in partnership, leaving R350 000 (35%) required from the investor. A 5% deposit secures the investment; and a loan is made available for the balance to qualifying taxpayers while waiting for their SARS refund.

Commenting on SARS’s Section 12J announcement, Zane De Decker, CEO at Flyt, says that “Finance Minister Tito Mboweni’s announcement that Section 12J will not be extended does not come as a surprise; in fact we were expecting as much and in the past few months, we’ve been working extensively on developing our investment products to accommodate investors who will still have until 30 June 2021 to make the most of the tax incentive.”

Expectations were that Treasury might extend the deadline until February next year, which, according to many commentators, would make much more sense when it comes to financial and investment planning, as investors may not have a true indication of their investment capabilities for the 2022 tax year by this June.  De Decker attributed the significant capital increase to their product offering and quality property projects. “We’ve experienced huge interest in our loan product, which we expect to be well received again before June, as the bridging finance aspect will give investors the breathing space they need before their next tax-filing season. Our current projects have been extremely well received and we’ve therefore lined up additional quality qualifying property projects, making us well positioned to take the next and final batch of 12J subscriptions,” he declared.

Section 12J of the Income Tax Act was introduced in 2009 to encourage South African taxpayers to invest in local companies and receive a 100% tax deduction of the value of their investment. The investor receives a share certificate together with a tax certificate, allowing the invested amount to be deducted from the investor’s taxable income, in the year that the investment is made. To date, South Africans have invested an estimated R10 billion into the 12J sector.

The deadline for participation in the tax incentive is 30 June 2021, making the following quarter the last chance for investors.

Anuva is regulated by the FSCA (FSP 45663) and registered with SARS as a Venture Capital Company in terms of Section 12J of the Income Tax Act (VCC 0008).

By using this site, you agree to the: 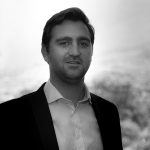 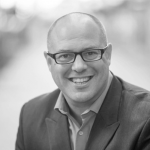